When my friend and colleague Susanna Lakin told me about her experiment in trying to find out exactly how important an author platform is for genre novelists, I was fascinated. Now, she’s written up the story of what she did, and what she’s found out. This is crucial reading for any novelists who are having trouble getting traction with their sales. Susanna, who has written more than a dozen critically-acclaimed novels, was the ideal person to run this “experiment” and I think you’ll be as fascinated as I by her results. Here’s her report.

Is it enough for an author to write a terrific book, then market it wisely, devoting a lot of energy and time to building an author platform? Will that ensure great sales? Most authors have precious little time to spend on building their platforms, yet most experts in publishing will agree that author platform is crucial.

But how crucial? Even if an author spends hours a week trying to get known—via social networking, blogging, listing their books on paid and free promotions, joining in on forums, offering sales—often all that effort shows little return in the way of sales, new readers, and buzz. A million writers are vying for attention, and many are putting out similar effort to build their author platform.

Authors can certainly benefit from engaging in all of the above activities; surely those efforts must help to some degree to get their name “out there” and be recognized. The aim of most authors is to get discovered, and to have name recognition (along with a great reputation for being a solid writer).

We’ve heard how crucial it is, particularly for nonfiction writers, to build that platform, which is so much easier than trying to build a platform for fiction. However, fiction writers are highly encouraged to do similarly using many of the same methods as nonfiction writers, such as blogging on timely topics that can tie in with their novel’s themes or setting.

Where Does Genre Fit In?

Without going into the strategies and methods for either fiction or nonfiction platform-building, I’d like to take a step back and ask this question:

How much does genre [for the novelists] have a bearing on success?

This is a question I did not want to ask myself, but after writing more than a dozen novels in various genres and spending years trying to market them, promote them, grow sales and readers, I kept coming back to this question.

Why? Because although my books were getting terrific reviews and winning awards, they were not strict genre novels—in fact many of my books are a bit experimental and can’t be easily categorized. My books just weren’t selling much.

With indie publishing, authors like me have been able to publish our “unusual” or “different” novels and find readers. But after I’d put out five novels as ebooks (and some also in print), and did extensive marketing and promotion (spending an outrageous amount of money on publicity, for example)—following to the letter all the sage advice I’d garnered on how to sell for success, nothing worked. My author friends were making easily five figures each month, often off one title, or they would release a book and it would hit the best-seller lists off the bat.

I thought they were just luckier than me. I thought perhaps they were doing something special with their marketing and author platform that I wasn’t. But when I interviewed them all, I found out the truth. They were not. Many had little author platform. Some (yikes!) had none. I mean—no website, no social media, no previous novels out, no name, nada. Huh?

What I did see was that these hugely successful authors were writing to a specific genre, and often a niche genre. What do I mean by that? I mean a subgenre that has a particular readership—one that is very large and one that has few (compared to other main genres) books available for sale. What I was seeing was a manifestation of the old economics “supply and demand” rule.

But could that really be true? Could an unknown author write a novel with no author platform for one of these subgenres and sell big, with no additional effort other than putting her book up on Amazon, carefully using the same kind of description, cover, etc.?

I was dying to find out.

So, here’s what I did, in a nutshell (I plan to write an entire ebook soon on this experiment/method called From Idea to Selling in Three Months, so others writers can do this too!): 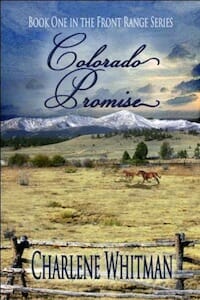 So, essentially, as far as author platform goes, I did almost nothing to build or prepare for this book release. I felt I should do a minimal amount of promoting, just as many of my successful author friends do when releasing a new book. And of course, their subsequent books sell very well too, since they have, inadvertently, build a bit of author platform just from the sales and buzz of the earlier novels released.

In those two weeks, the book sold more than 1,500 copies at full price ($3.99 US), while all the top twenty on the lists were sale priced. I wanted to start out the gate with the novel regularly priced and not discounted, based on Mark Coker’s research (Smashwords) that $3.99 sells better than any other price. I also wanted to imply “quality” because it is a long, rich, quality book.

My novel has been on the genre lists’ top 100 ever since, selling about 30-50 books a day. Way more than I ever made on any of my other dozen novels. Here’s the interesting thing. I made $3,600 or so in three weeks. I was told by writers of that specific subgenre that they make about $3k a month off each book. Which is what it looks like I’m making. Why? Supply and demand.

One author sold 80,000 copies of her first novel, with no Internet presence, website, or author platform. She still doesn’t have a website, and her books are all selling in the tens of thousands. Is she a terrific writer, better than anyone else out there? No. She writes good books for the genre, as do the others who are selling well.

Genre Isn’t the Only Factor

I can’t emphasize enough that first and foremost an author has to write a terrific book. And it now looks to me that a terrific book in one genre just may sell a whole lot more than a terrific book in another genre. Authors who lament that their “terrific” book (if it indeed is one) is not selling, may need to consider genre. Maybe they might even want to try their own genre experiment.

My novel has been getting mostly 5-star reviews, and what pleases me most is when reviewers say I wrote a book that perfectly reflects the genre. I did my homework and it paid off. The strict genres I’ve noted sell well in addition to romance, romance, and more romance are paranormal, thrillers, and mystery (and YA versions of all those).

I don’t read or particularly like romance, but the RWA (Romance Writers of America) recently noted that 40 percent of ALL ebooks sold are romance. And I actually had a blast writing this novel, with two more in the series slated to come out in 2014. I love Lonesome Dove and always wanted to try my hand at Westerns.

I don’t think writers should “sell out” and write something they don’t want to write just to make money, but hopefully I’ve given you food for thought. I find nothing wrong with writing to a specific audience for the sole reason of selling more books and making some money. It feels nice to pay the bills.

So, does it matter whether you have an author platform or not? I suppose it depends on what genre you want to write in. As my pen name identity grows an author platform, I’m assuming it will help my sales. But it didn’t hurt at all to not have one when I published this novel.

Any thoughts? Let me know in the comments. C. S. Lakin is the author of fourteen novels and while she writes two novels a year, she works as a freelance writing coach and copyeditor, specializing in manuscript critiques. She offers deep, free instruction for writers on her award-winning blog Live Write Thrive and provides critique services via Critique My Manuscript. Her novel, Colorado Promise, is written under her pen name Charlene Whitman (nickname Charlie), and you can buy her “experiment” here!